“Visual art and writing don’t exist on an aesthetic hierarchy that positions one above the other, because each is capable of things the other can’t do at all. Sometimes one picture is equal to 30 pages of discourse, just as there are things images are completely incapable of communicating.”

There is a delicate crane dance to self-expression, language, and the visual intercourse artists will spend days, sometimes even their whole life, trying to capture. There is no guide book to inspiration. You just do. And the quicker you learn to kick the rear-end of your brain cells into action then the quicker you will catch up with inspiration, without wasting your afternoon on the corner for the bus to come. There is no art school, no after school program, no thousand-dollar scholarship that can teach you this. It is an exhausting, often mentally stabbing uphill climb. It is not romantic. The amount of self-pity one will put into themselves is as disgusting as pubic hair in your salad, or a centipede laying eggs inside your pillowcase.

Separating writing and visual expression is a blessing, and at times feels like nothing more than a cruel, cruel Grecian God curse. But in my small, timid, fairly inexperienced experience, one trial of error does alleviate the other.

There will always be certain moments I can articulate better in one media more than the other, whether in stuffy text or an obscure line doodling on the back of a restaurant receipt, but rarely are the scales ever balanced. One medium will never trump the other — In fact, the more I express my many fanciful dream sequences in a vomitorium of verbal sewage the more visual I become, and the more I train my eye in color theory then the better I am when needing to articulate it in the next scene. Everyday I become more of a director than a writer. An architect rather than a painter. One talent may come natural but the other will cause me to spend the rest of my life trying to outwit the other; a point which I hope will never come, because to be honest, I don’t think one could bare to live without the other.

Among the cold avalanche of opinions in this fictional world we call the ‘internet’, I, for one, believe that resolutions are for complete and total hacks.

Putting goals off in November with the excuse ‘There’s always next year!’ is an ill-executed (not to mention lazy) way to think. You may not even get a next year, for there is always that chance you’ll choke on a turkey bone at Thanksgiving dinner, or get run over by a an irate relative who had way to much rum in their eggnog.

Why do we do this to ourselves, anyway? Why do we set goals knowing that we have a whole 365 days to pretend we still care? Most of us forget what we had even promised ourselves by day 47, as we plunge deep into another sugar-coated coma of ‘exiled’ dietary goodies, or neglect the duties to renew a dusty gym membership crying as an unused plastic tab on your key chain.

The point is, humans are not machines, and we beat ourselves up daily for the one ability we excel at the most: Failing.

So as we raise our hands in an oath to cut-off, take-up, or just-try-once, remind yourself that we can’t do everything to our hollowed hearts desire. Don’t worry about the have-done’s so much as the actual doing part. You’ll thank yourself, your friends even more, who are sick of you talking about Crossfit when you haven’t gone to a single session yet.

For those of you who do aim to fail, fail beautifully and repeatedly – Because if New Year’s resolutions were a race to lose, we would all be winners. 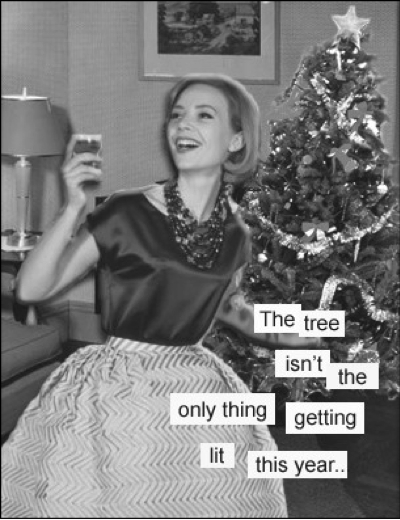 everyone in the room
is clapping their hands
but no one can hear a sound
it’s always the same filigree ideas
swirling, and swirling around

communication
doesn’t have to be brazen
afterall, it’s just a whole lot of talk
and early every morning, there are less and less of us
taking walks

Kurt Vonnegut’s portrait signature is forever something to be remembered by. Simplistic in it’s execution, it says a lot about the man; his wild hair depicting his no-boundary style of work, his forever-in-thought eyes, his signature in the middle of it all, representing the clutter in his mind that most writers and creative folk are merely impacted with.

A friend and I were talking about this the other day.

Me: You know some hipster douche bag is going to try and recreate this with their name and their portrait then brand it as their own and call it a ‘coincidence’.

Friend: Of course… In fact, you should be the first douche bag to do it.

Me: I don’t think I have any features worth exaggerating. My facial profile isn’t very exciting…

Friend: I wouldn’t say that. Your nose is kind of adorable.

Friend: Your personality really stems from it, I’d say. It’s like one of those turned-up, pixie/button noses, but with a disruptive slope – You know, like one of those giant slides you see at fair grounds with the bump in the middle of them… Beauty meets not-so-beauty. Like Anne Baxter, but maybe after being punched in the face once or twice… Though, your septum doesn’t drag down like some people, but maybe the way your nostrils flare when you get really, really pissed off could- Yeah, like that! -And the crinkle in your brow when- Wait, why are you giving me that look?

Me: I’m thinking of twenty different ways to hurt you without killing you.

Friend: I’d be careful about that. Because clearly I know how to describe you to the police department’s sketch artist.

Me: No you don’t – You’d just send them on a hunt for a rabid McDonald’s playplace.

With that said, I did create a new signature last night. And you know what? May all of my signatures be forever as slopey as a run down carnival ride, as wavy as the rolling hills of the Seven Sisters, as regal as the back fat from a devoted Wal*Mart customer.

I hope you all have a fantastic day, and pat your schnoz on the bridge. It deserves it.

On the abandoned railroad tracks
Gold glitters in my eyes
A bracelet broken; forever glowing
Like diamonds in a velvet sky

“I wonder who she was,” I thought
Too blind to look ahead
Too deaf to hear the horn they blew
And now we both are dead

You know when you wake up in the morning – Now I mean real early – Like dead hours, four or five o’clock; well, you’d think it would be the quietest time of day, because it’s before everything else starts to wake up again… But it isn’t. If you listen real close it’s actually the loudest part of the day… Close your eyes (tight, tight) – Can you hear it? Listen close. Maybe you hear the sounds of a distant highway pass, or an early train trudging along the tracks down by the river. Garbage trucks and ambulances making their drive to or from their respective place of work. Listen closer and you can hear the roar of the tide. An ocean surrounding your bed. The sediment beneath you shifting as you sleep.. I hear it. I hear it every morning. I like to think of it as the world breathing.. In… And out… But sometimes – Sometimes all that noise can be too much to handle.. It gets loud… And if you don’t go back to bed quickly enough, it only gets louder… And louder… Like it’s sucking in air.. Like the universe is building up to scream.